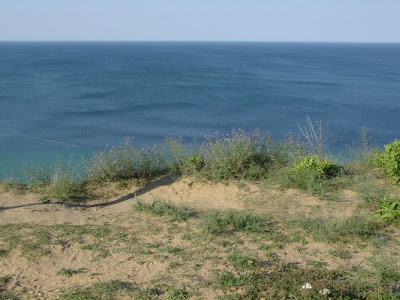 We’re off to Truro, Massachusetts in the morning for a few days
of unplugged r&r.

If you’re fond of sand dunes and salty air
Quaint little villages here and there
(You’re sure) You’re sure to fall in love with old Cape Cod
(Cape Cod, that old Cape Cod) 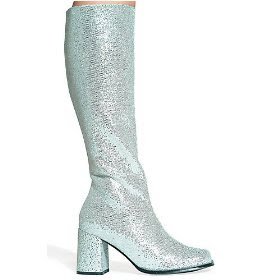 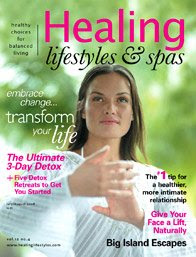 Here’s my little article about Canyon Ranch in the September issue of Healing Lifestyles & Spas. I’m not particularly proud of it as a piece of writing, but am grateful that being a travel writer gave me an excuse and the means to go on the adventure. I’m also honored to share the contributors page this month with Deborah Madison, who wrote an article about ancient grains.

A Taste of My Own Medicine 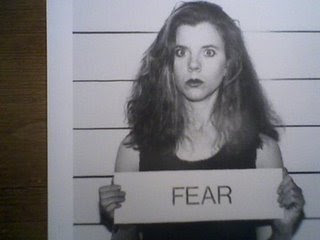 Me performing in Camille Roy‘s Bye Bye Brunhilde at New Langton Arts
in San Francisco circa 1990.

My old [edit: longtime, dear] friend Robin Tremblay-McGaw interviewed me about growing up in San Francisco and acting in experimental theater for the new poetry blog, X Poetics.

Posted on August 18, 2008 by gina
Photo by Marion Ettlinger
Nani Power grew up in a small town in Virginia. She studied fine arts/painting in her youth, at Bennington College, and later at Nadia Boulanger’s Ecole des Beaux-Artes Americaines in Fontainebleau, France. In her late thirties, she took a writing class at Georgetown University with Liam Callanan and went on to publish Crawling at Night (Grove/Atlantic Monthly, 2001), a New York Times Notable Book of The Year and a finalist for The Los Angeles Times Book Award, as well as the British Orange Award. It has been translated into seven languages and is in film production.
Her first novel was inspired by a brief stint working as a chef at a Japanese restaurant. She felt haunted by the cultural difficulties an old chef encountered. She explains, “Although he had been educated so well in the art of sushi, because of his faulty English he was treated like an old fool and I could see the pain in his eyes.” From this emerged a powerful tale of urban alienation and love set in a Manhattan cityscape. She adds, “I was deeply affected by the respectful Japanese attitude towards food as a cultural icon. The intense dedication and perfection amazed me. And the chefs were mindful of my respect, teaching me as much as I wanted to learn.”

Her second novel, The Good Remains (Grove/Atlantic Monthly, 2002), was also a New York Times Notable Book of The Year, and a finalist for The Virginia Library Award. “In this book,” she explains, “I strove to paint an entirely different landscape than Crawling at Night. While Crawling at Night was about urban alienation, The Good Remains was about the connectedness of a small town. I also wished to pay tribute to Charles Dickens’ A Christmas Carol.”

The Sea of Tears, her third novel, was published in January 2005 by Counterpoint Press. “I felt a need to explore the only still ‘forbidden’ territory in writing—exploring the realm of true sentiment and feeling, without being hackneyed. A certain cynicism has been lauded in our culture as intellectualism, and I reject that concept. I also wanted to humanize characters from the Middle East, who I felt were being pigeonholed and overlooked culturally in the post 9/11 era.”

Her newest book is a travel/food memoir titled Feed the Hungry. It was published this summer by Simon and Schuster.

Nani: I started thinking about family recipes and what they meant to me, which led me to remembering lots of things surrounding those recipes. And I’ve been really interested in all my writing in how food creates and fosters memory. That even a bad recipe can be as loved as something good, because it’s churned in nostalgia and love. I had a friend who loved burned food because his mother couldn’t cook. I kind of like the taste of an unmelted slice of butter on cold toast because my grandmother made it that way. Makes you wonder whether we actually “fall” in love or create love around reality.

I also love reading books with recipes because somehow you become involved in the world of the book even more. And then, lastly, I found myself looking at my family’s methods of coping and wanting to understand it more closely. I don’t know if I understood more, but I saw my family more three dimensionally, and therefore with more compassion.

Gina: What is a Yellow Bird cocktail?

Nani: Well, it’s this luscious tropical yellow salve my family gulped down by the gallons when we would go to the Bahamas. It has lots of fruit juices, Galliano, and banana liqueur and as kids we loved to suck down the last bit left in my parent’s glasses. Plus, it always had a maraschino cherry in it, which, I’ve learned as a parent, produces some kind of ineffable food euphoria in kids.

Gina: Please share with my blog readers some of your thoughts about rice.

Nani: It’s amazing the many coats that lil’ ol’ grain can wear. I discovered it’s really important in sushi culture, maybe more so than even the fish, if that is possible. Sushi chefs initially suss out the quality of a sushi bar by the rice and the omelette (tamago) preparation. Perfect rice tossed with the right combo of vinegar, salt, and sugar really complements the right slice of toro, a mushy version degrades it. Then, later on, I discovered Persian cuisine and found a new style of rice—basmati rice melded with so many flavors—saffron, rosewater, barberries (think tiny cranberries), sour cherries…a typical Persian feast would include at least four different rice pilafs. I think rice has a soothing quality as well. Both of the above cultures eat a thin rice porridge when they are sick, and feed it to their children as their first food.

Gina: We met at the Sewanee Writers’ Conference nine years ago. It’s incredible to me how many people from that summer went on to publish books. In what ways did participating in that conference impact your life?

Nani: Basically, it kicked my ass energetically. I had kind of just started writing, had about 30 pages of a novel on my computer. When I saw the level of ambition there, I realized I had to get serious if I was going to do this. I kind of lost the amateur spirit and kicked into high gear. Everyone there seemed so driven and accomplished (including you, I remember that). Plus, I felt so at home. I loved that everyone there loved writing as much as I did.

I also learned that I really love air conditioning.

Gina: What are you writing now?

Nani: I’m working on a novel and also a book about Indian vegetarian cooking that I’ve learned from various Indian women in my neighborhood.

My Daughter's Earliest Memory is of Virgin of Guadalupe-shaped Jello 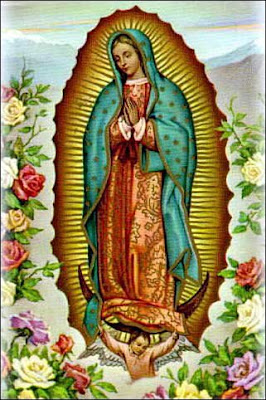 Annalena and I went back-to-school shopping at the Holyoke Mall. High school these days is all about skinny jeans. We popped into Borders where I picked up the September issue of Saveur that has a wonderful cover story about watermelon traditions from around the world.

It got me thinking, again, about Jello (which I know is technically spelled Jell-O, but I can’t bring myself to be that corporate here) and I told her that I want to write a story about Mexican Jello.

She said that she remembers Mexican Jello from nursery school in Pátzcuaro when she was two years old. Everyday at lunch they’d eat gelatina shaped liked the Virgin of Guadalupe. She remembers guessing each day what color it would be.

The video below doesn’t show any Virgin of Guadalupe Jello, but it does illustrate a bit of the wonder that is Mexican gelatina artistica.

Annalena and I went back-to-school shopping at the Holyoke Mall. High school these days is all about skinny jeans. We popped into Borders where I picked up the September issue of Saveur that has a wonderful cover story about watermelon traditions from around the world.

It got me thinking, again, about Jello (which I know is technically spelled Jell-O, but I can’t bring myself to be that corporate here) and I told her that I want to write a story about Mexican Jello.

She said that she remembers Mexican Jello from nursery school in Pátzcuaro when she was two years old. Everyday at lunch they’d eat gelatina shaped liked the Virgin of Guadalupe. She remembers guessing each day what color it would be.

The video below doesn’t show any Virgin of Guadalupe Jello, but it does illustrate a bit of the wonder that is Mexican gelatina artistica. 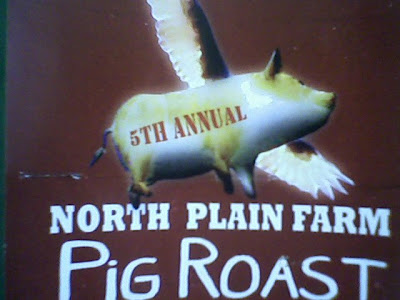 The Stanton Brothers’ annual end-of-summer local food extravaganza will take place on Saturday, September 6, 4pm to 8pm at their North Plain Farm (205 North Plain Road in Great Barrington). Last year I drove past while the party was underway and it looked like a really good time. I hope to attend the festivities this year. On the menu: heritage breed roast pig, pasture-raised roast chicken, grass-fed veal calf (described on the invitation as “Yum!!”), Taft Farm sweet corn (which I can attest firsthand to being delicious), vegetables galore from Farm Girl Farm (where I haven’t been, but my friend Hope subscribes to their CSA and I’ve told her to tell them that I’d buy a Farm Girl Farm t-shirt in a heartbeat if they had one and I’m sure I’m not the only person who would), local cheeses, local beer, local hard cider. 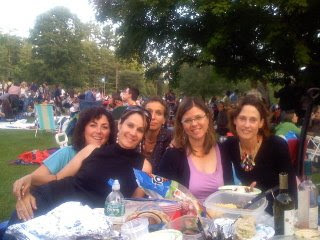 Jamie, Emily, Georgene, me, and Lisa
(sorely missed: Chandler and Kathleen!)
This photo doesn’t do justice to our Wilco picnic, which even at Tanglewood prompted oohs and aahs from passersby. That’s my Barefoot Contessa Fresh Corn Salad (with corn cooked Dan’s mom’s way) in the upper right of the table…yes, we had a proper table, a card table sawed down to picnic size thanks to Jamie.

Current Reading: Submersion Journalism, Shark's Fin and Sichuan Pepper, and I Feel Earthquakes More Often Than They Happen, plus Dinner 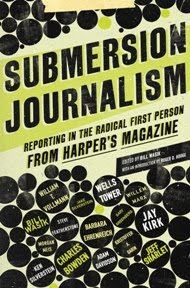 A smart, psychic publicist at The New Press sent me a review copy of Submersion Journalism: Reporting in the Radical First Person from Harper’s Magazine edited by Bill Wasik as she thought I might want to blog about it. She was right; investigative reporters are my heroes. I can’t wait to read it.

But first I need to finish Shark’s Fin and Sichuan Pepper: A Sweet-Sour Memoir of Eating in China by Fuchsia Dunlop and I Feel Earthquakes More Often Than They Happen: Coming to California in the Age of Schwarzenegger by Amy Wilentz.

And before that, I need to make dinner. There were squash blossoms at the farmers’ market, so I’m thinking squash blossom quesadillas (minus the epazote and made with cheddar rather than queso blanco, but still: yum). 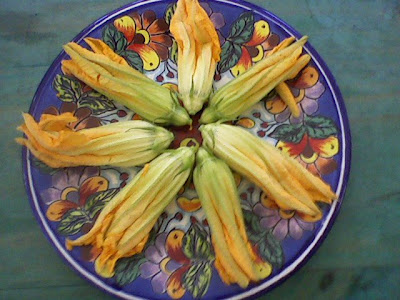