Muddy Puppy Media presents Podcasting 101 workshops with acclaimed NPR producer Susan Davis from 10:00am to 4:00pm on Saturday, April 30 at the Lichtenstein Center for the Arts (28 Renne Avenue in Pittsfield, MA) and on Sunday, May 1 at Time & Space Limited (434 Columbia Street in Hudson, NY). The workshop will be of interest to both aspiring podcasters and podcast-loving audiophiles.

Susan Davis is a storyteller—by nature, by craft, by art, and by profession. For two decades, she has ferreted out the most memorable, most profound, most complex, and most interesting characters and brought their tales to the listeners of Public Radio. She has worked as a producer for Marketplace, Soundprint, All Things Considered, and Talk of the Nation at NPR, as well as for The State of Things on North Carolina Public Radio/WUNC. Her recent podcast clients include NPR’s Alt Latino, The Good Fight with Ben Wikler (#1 on iTunes), Press Record (from the Southern Oral History Project at UNC Chapel Hill), The Monti Radio Hour, and Classical Classroom. She has taught podcasting/audio production at a wide range of venues, ranging from Duke University to the Public Radio Program Directors Conference to the Cultural Affairs Department of the United States Department of State.

In Podcasting 101, Davis will introduce participants to the building blocks of a great podcast, including true listening, the art of hosting, perfecting a sound, achieving a tone, and designing an efficient production structure and schedule She will also address tech issues (all you need to get started is an iPhone and a computer) and share tips on how to build an audience through promotion and distribution.

Tuition is $150 early bird special through March 31 /$175 after April 1. Limited financial aid is available. To reserve your spot, please email Gina (noting your interest in the Pittsfield or Hudson workshop) at ginahyams@gmail.com.

I’m teaching a workshop called “Introduction to Blogging: Finding You Blogging Voice” as part of the San Miguel Writers Conference on February 21 and 22, 2011. Click here for details and here to register (scroll down to green button). Below is the general press release about the conference.

The fountain at Cafe de la Parroquia is one of my favorites in San Miguel. It's always decorated with flowers.

Conference is fully bilingual and geared to writers and readers

“San Miguel has long served as a writer’s muse and thus is the perfect setting for a writers’ conference,” noted Susan Page the bestselling author of If I’m so Wonderful, Why am I Still Single? and the founder of the conference.  “Writers have long been drawn to the magic here and San Miguel has seduced everyone from Tom Robbins to the Dalai Lama.”  “After last year’s conference,” Page continued, “featured speaker and author of The Lacuna, Barbara Kingsolver said, ‘San Miguel is full of unexpected riches, different from any other place in Mexico, and the conversations inspired by this conference were exceptional.’”

Readers also will find much to savor with sessions on everything from Francine Prose’s book, Reading Like a Writer, to an Introduction to Chicano literature, to appreciating modern poetry, to a whole workshop on the important African American book, Their Eyes Were Watching God. ” For the annual San Miguel Big Read, during December and January, everyone in San Miguel will be encouraged to read the featured novel for the conference, Caramelo by Sandra Cisneros, and to join one of many book discussion groups around town.

The need for literary events in Spanish was dramatically presented in a 2005 UNESCO report outlining the low numbers of readers in Mexico. According to the report, Mexicans read on average just over two books per year, while Swedes, for example, finish that many every month.

Since its inception, the San Miguel Literary Sala, which produces the Conference, has been committed to including Mexicans in its literary offerings, and encouraging them to discover the pleasures of reading.  All conference general sessions are simultaneously translated with earphones, and many of the workshops are offered in Spanish.

Additionally,  the conference will include an intensive workshop in creative writing for thirty San Miguel high school students, who can also participate in the entire Conference for free.

The cost of the entire three-day Conference is only $325 USD until January 20, when the price goes up to $375. This includes seven meals, a carnitas fest in the country, and the spectacular Mexican Fiesta. Last year’s keynote speaker, Barbara Kingsolver, was so enchanted by the Fiesta that she wrote about it in an essay in the paperback edition of her novel, The Lacuna, and called it ” . . . one of the ten best parties I have attended in my life, and I’m sure I can’t remember the other nine.”

More information on the conference can be found at www.sanmiguelwritersconference.org. 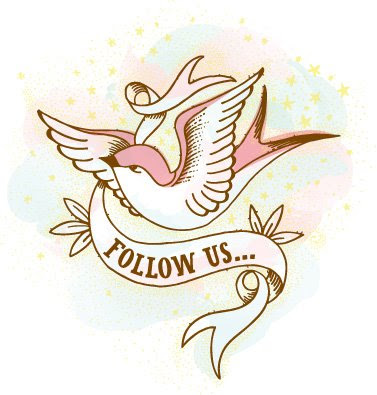 I’m heading down to San Miguel de Allende to visit my mom and will offer a “Twitter 101: They Don’t Call It Social Media for Nothing” how-to/why-to/what-to workshop on Thursday, August 20, 10am to noon, at our house in Colonia Guadalupe. I will cut through the Twitter hype with clarity, a rockin’ tutorial handout, and excellent snacks.

US$25 or peso equivalent. To reserve a spot, please send me an email at ginahyams@gmail.com.