Kids Smashing Eggs as Part of Carnival in San Miguel

Our Day of the Dead altar stretches six feet across the living room windowsill. We adorned it this year with crabapples, quince, blue corn, chile peppers, and a handful of scrappy marigolds.

My mother’s father and mother, Ralph and Mae. A bowl of salt traditionally represents the spice of life and flowers its ephemerality. The tequila is meant to lure the spirits back for a party. Candles light the way.

My father Ralph (a concrete-amathyst ring he made and his Boy Scout handbook tucked behind the marigolds).

Dave’s father Bob (one of his favorite pipes propped on the picture frame) and brother Peter. Etta-pus is represented by two cat figurines. The glass of water is meant to quench the spirits’ thirsts after their long journey. 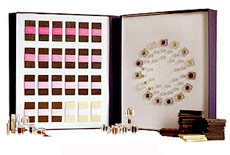