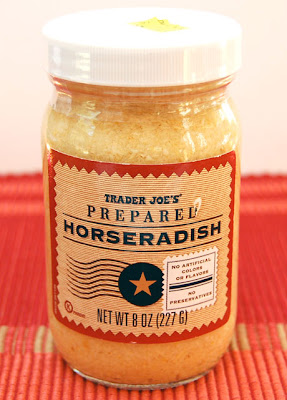 I’ve been craving coleslaw with a horseradish kick lately, nostalgic for Fog City Diner’s spicy version and lamenting that I sold my copy of the Fog City Diner Cookbook when we moved to Mexico 11 years ago, as the recipe doesn’t seem to be online.

The following recipe from a Real Simple e-newsletter appeared in my in-box today. It looks good, though I’ll use Greek yogurt instead of sour cream.

In a large bowl, whisk together the sour cream, horseradish, vinegar, 1/2 teaspoon salt, and 1/4 teaspoon pepper. Add the cabbage, apples, and scallions and toss.